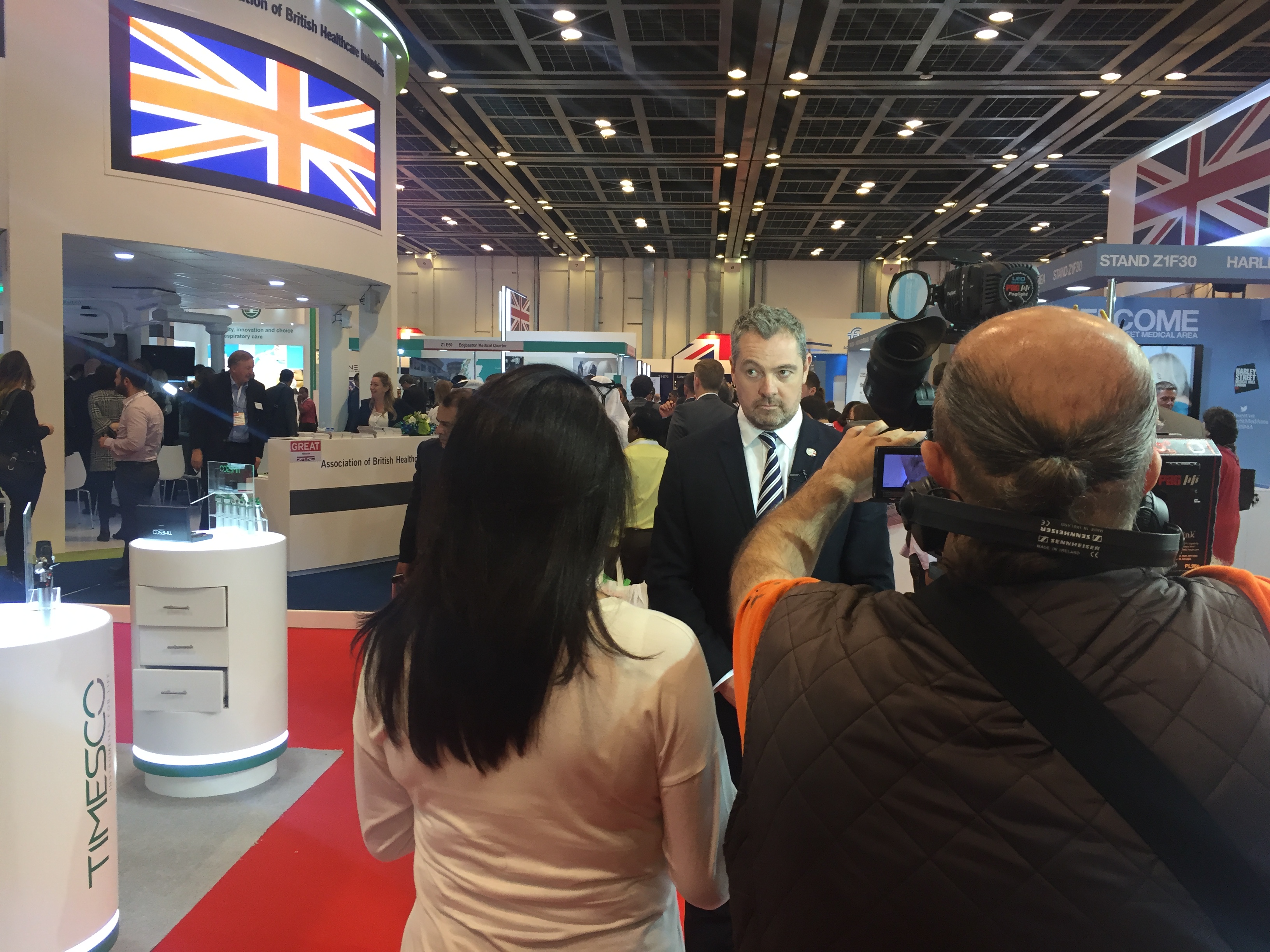 A number of clinicians were also interviewed on a variety of topics including Harley Street Medical Area and UK Orthopaedic Foot and Ankle Surgeon, Dr Ros Miller. Globally, diabetes continues to increase, with nearly half a billion people affected worldwide and one person dying from it every six seconds. In the Middle East, diabetes is a huge problem and one that is growing rapidly. The region has the highest global prevalence of the disease, with around 20% of the population affected. In the interview Dr Miller, who specialises in foot and ankle pathology, talked about NEMISIS (Neuropathic Minimally Invasive Surgeries), a pioneering solution for the treatment of diabetic foot pathology.

Also interviewed by Salam was Antonis Pantazis, from the Royal Brompton & Harefield Hospitals (RB&HH) who spoke about the pioneering cardiac surgery he performed on the UK Pavilion The technically demanding cardiac surgery provides hope to regional sufferers of hypertrophic cardiomyopathy, a common inherited cardiac condition. Hypertrophic cardiomyopathy is the most common of all inherited cardiac conditions (ICC) and is associated with a higher risk of sudden death in the young. Due to its complex nature, clinical experience with these conditions is limited to a few centres around world.

Click here to see see the whole news piece that went out on Day 2 of Arab Health.

Your feedback is valuable for us. Your email will not be published.
Cancel Reply